x
No results found.
December 16, 2012 07:18 PM PST
MOTM/LAMBcast #145: Children of Men
(Due to Podomatic space constraints, the audio file for this episode had to be taken down. If you're listening to back episodes and would like this one, you can find it at the LAMBcast Archives. Thanks!) 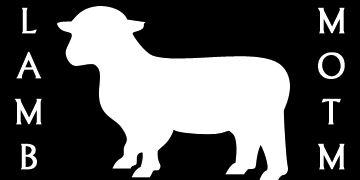 They say the sixth time's the charm, right? Proof that perseverance pays off, Ryan Fernand of Lord of the Films submitted Children of Men to the MOTM poll once again for December and it finally paid off. Then, after all that time, it wasn't even close, as his choice had more than twice as many votes as the next closest film. The 2006 sci-fi drama starring Clive Owen was pretty much universally loved by critics and movie buffs upon its release, but never caught on much with the general public (at least not at the box office) - a subject sure to come up on the accompanying LAMBcast for the film.

Before we get to the links, here's the IMDb summary for the film, for those that aren't familiar with it:

"The world's youngest citizen has just died at 18, and humankind is facing the likelihood of its own extinction. Set in and around a dystopian London fractious with violence and warring nationalistic sects, Children of Men follows the unexpected discovery of a lone pregnant woman and the desperate journey to deliver her to safety and restore faith for a future beyond those presently on Earth. "

Now, let's see what your fellow LAMBs had to say about it. Thanks to all of the LAMBs that sent in their posts for this edition of the MOTM.

* Surrender to the Void

It's also time to vote on next month's movie. Once again, I put out the call for MOTM Champions. The gist is this: I ask for volunteers - people to select a film to be placed on the poll (up to 10 per month, as usual), then promote it on their site, Facebook, Twitter, whatever. Should their film win, they are guaranteed a spot on the LAMBcast episode where we will discuss said film. As a bonus (?), they will also get to host that segment of the show.

This month, we have five potential Champions - the sites are listed along with the films in the poll in the sidebar. You have one week to vote (and promote your movies!). I'll be putting out the call for the next MOTM in a few weeks, so stay tuned.

As we do every month, the LAMBcast is tied in with the MOTM. This time around, as mentioned, Ryan hosted the MOTM segment, and was joined by Dan, Lindsay, and Justin.

* Rants and Raves of the Week
* Last LAMB Standing

* The show can be found, of course, via iTunes - just do a search for "LAMBcast." Also, I always post a link to the show on the LAMBcast's Facebook page, and there's a player there if you'd like to listen online.

* Shows will eventually make their way to the LAMBcast Archives. If you'd ever like to catch up on back episodes, go there.

If you're interested, you too can be a LAMBcaster - we love new blood! For more information on the LAMBcast, check out the topic at the LAMB Forums. Music provided royalty-free by Kevin MacLeod's Incompetech website. Big thanks to Kevin for providing this service. Opening song by Cake. The LAMBcast loves feedback, too - if you'd like yours read on a future show, leave it in the comments section at the LAMB. Please visit and like our Facebook page, and finally, we're on iTunes, and would still love a review, even if it's a bad one.

Your donations make this
podcast possible.

x
take it with you

Listening to podcasts on your mobile devices is extremely convenient -- and it's what makes the podcasting medium so powerful.

You can take your favorite shows and mixes with you anywhere, but to do so requires some quick and simple steps.

Let's walk you through that process together.
step 1:

This will require that you have the iTunes software on your computer.

Now that you've subscribed to the podcast on iTunes, the feed will display in your "Podcasts" section on the left navigation bar.

Click there and you'll see the show displayed in the iTunes browser.

You can "get all" to download all available episodes or just individual episodes.
step 3:


Plug your mobile device (iPhone, iPad, iPod) into your computer with the Dock Connector cable, and click the device in iTunes's left navigation bar.

Once you have your device highlighted, click "Podcasts" in the top navigation bar and sync the podcasts you want on your device. Click "apply" and the episodes you have downloaded on your iTunes software will sync with your device.
that's it!

The beauty of this process is that now, every new episode of your subscribed podcasts will automatically sync to your device every time you plug it in and open iTunes. You can now take your favorite shows with you everywhere you go.

Email
Email a friend about this podcast
x